If you’re a fan of Dingdong Dantes, then you’ve probably seen his hairstyles change over time. The actor has had many looks over the years and each one is as iconic as the last. He is also known for his great sense of fashion and style. Dingdong’s hairstyles have been one of the most talked about topics in social media because of the attention he gives to his hair and how he always changes it according to his moods and fashion sense.

Filipino actor, television host, dancer, commercial model, and film producer Dingdong Dantes is now working in GMA Network as an exclusive talent. He has so far been seen in more than 100 movies and telenovelas. At the age of two, he made his acting debut in a television commercial for Carnation milk, launching his career as a child model.

His debut performance as an actor was in the Shake, Rattle, and Roll V episode “Anino.” After three years, he made his television debut at the age of 17 as Iaki on the youth-targeted GMA Network show T.G.I.S. under the name Raphael Dantes. He was matched with Antoinette Taus initially. After acting in multiple romantic comedy dramas, Dantes and Taus became one of the most well-known love pairings in the Philippine entertainment business, particularly in the 1990s.

In 2014 Dingdong started a new chapter in his life as he married actress Marian Rivera with whom he has two children: Jose Sixto G. Dantes IV and Maria Letizia Dantes

Dingdong Dantes is one of the most popular actors and singers in the Philippines. He has been known for his good looks and his incredible acting skills. He has worked in many popular movies, television shows, and musicals.

Dingdong Dantes is also known for his unique hairstyles. His hair has always been a talking point among fans, who love to see what new style he’ll come up with next. Here are 6 of Dingdong Dantes’ most popular hairstyles:

Dingdong Dantes’ hair is a great example of the side-swept short hairstyle. This look is characterized by the hair being cut at a medium length and styled to fall across one side of the face. The style features hair that is cut short on the sides and back, but has some length on top. The top section of the hair is typically kept longer than the rest, which gives it a little more volume and allows for some styling options.

This style would be perfect for someone who wants to wear their hair down but also wants to have some bangs in front of their forehead. The back is kept shorter than the front, so it gives the appearance that you have lots of volume at the top of your head while still keeping your hair out of your eyes.

In order to style your hair like the Short Side Swept hairstyle, you will need a few products. You will need a good quality shampoo and conditioner, a medium hold gel and a shine spray. Apply the gel to your hair when it is damp and blow dry it with a round brush until it is completely dry. Section off your hair into two parts, starting at the top of your head.

Then take another section from the back of your head (not from where you just pinned) and pin that down in an alternating pattern all over while leaving some space between each pin so that they don’t overlap; this will create a side swept look that doesn’t look too busy or overdone. Repeat this process with every piece of hair until all sides are covered evenly then spray with shine spray.

Dingdong Dantes French crop hairstyle is a classic look that’s perfect for any occasion. The French crop is a short style, which is usually layered and tapered. The hair on the sides and back of the head is cut short, while the top of the head is left longer to achieve a layered look.The outline of the hairstyle is straight and clean, which makes it easy to maintain.This hairstyle is a great way to wear your hair if you’re looking for a style that is bold, and at the same time, sophisticated. It’s a great look for men who want to show off their playful side while still maintaining an air of sophistication.

To achieve this look, first, wash your hair and towel dry it so that it’s not dripping wet. Then, section off your hair into three equal parts: one in the front, one on each side, and one at the back.Use a straight razor to cut the hair at the front of your head down to just above your earlobes, so that there’s only about 3 cm (1 1/4″) left standing straight up in the middle of your forehead.

Do this for all three sections of your hair: front, sides and back. Then use an electric trimmer to trim around the perimeter of those sections so that they’re all even with each other – this should take about 5 minutes total for each section. Finish up by using a pair of scissors or clippers to trim up any stray hairs that remain – if you have long bangs and want them more blunt-cut than tapered off into a pointy tip like mine are here then you’ll also need to trim those down too!

Dingdong Dantes has a short slicked back hairstyle that looks great on him. It features a very short side part and a longer, slicked-back hair on the top of the head. The top layer is cut to be about an inch shorter than the sides and back. This gives him a very clean look, and it works well for men who want to keep their hair short but need to hide balding or thinning. It also looks great because it shows off his forehead, making his face look more narrow. His forehead is also much longer than most people’s, so this hairstyle works well for him because it helps to balance out his face.

The short slicked back look is a popular one, and it’s easy to achieve. First, use the side of your hand to apply the product to your hair in an upward motion from the roots to the tips of your hair. Make sure you cover all of your strands and that you don’t get any product in your eyes. If you’re using a pomade or wax, make sure it doesn’t get on your clothes or skin because it can stain them if allowed to dry on them.

Next, comb through the product with a fine-toothed comb or brush until all of your hair is coated evenly. If you have bangs, be sure they’ve been brushed out straight so they lie flat against your forehead instead of curling up over it (this will help keep them out of your eyes).

Finally, use a blow dryer set on low heat (or just let it air dry) until all of the moisture has been removed from your hair and it feels stiff but not hard enough where it looks unnatural at all angles when viewed from different distances away from yourself.

This Dingdong Dantes hairstyle is ideal for people who have thick hair, or are looking for a style that can be easily maintained.  The hair is slightly wavy and parted on the side, giving a sleek and neat look.It gives this look a classic feel, while the waves give it an updated feel. This version of the side features a longer part in the front and shorter sides, which makes it perfect for guys with round or square faces. The side part also works well because it helps build definition into his waves.

To create this style, start by shampooing, conditioning, and detangling your hair. Blow dry your hair straight with a paddle brush until it’s 80% dry. Then, use a flat iron to smooth out the ends of your hair. Take small sections of hair near your forehead and make them wavy by curling them with a 1 1/2-inch curling iron or wand.

Continue taking small sections of hair and making them wavy until you reach the back of your head, being careful not to leave any straight pieces in place (this will help create a more natural look).If desired, use hairspray on the entire style to hold it in place for longer periods of time—we recommend doing this after styling so that it doesn’t cause any unwanted frizz!

If you’re looking for a hairstyle that’s sure to make you stand out, look no further than Dingdong Dantes’ short spiky haircut. The actor has made a name for himself with his chiseled good looks and impeccable style—and his short hair is no exception. The style is characterized by its short length with the sides and back of the head shaved or buzzed close, and the top section left long enough to spike up in different directions.The look is edgy and daring, but also a little bit playful. It’s perfect for someone who craves adventure and wants to be bold enough to try something new.

Start by washing and conditioning your hair. Towel dry your hair so it is not dripping wet. Apply a small amount of styling gel or mousse to your hands and then rub them together until they are evenly coated in product. Smooth the product through your hair with your fingers starting at the roots and working down the length of each strand. You can also use a comb or brush to help distribute the product evenly throughout your hair.

Take a section of hair that is approximately one inch wide (2 cm) and hold it up at an angle against your head. Use scissors to cut away any excess length from this section, making sure not to cut any more than half an inch off at one time. Continue cutting until all sections have been trimmed down to about one inch (2 cm). Then use your fingers to style into spikes by using hairspray on the ends of each strand if necessary.

Dingdong Dantes Short Messy Hair Looks is a hairstyle that is easy to maintain and has a modern feel. The hair is also cut at different lengths to make the hairstyle look more natural. The look is a cool and sophisticated one, with a bit of a messy touch to it. This hairstyle is great for men who want to look trendy, but not too over the top. The hair is short in length, messy on top and has long sides and back. The sides are kept long enough so that they are not visible from the front or rear view of the man wearing this style.

To create a short messy hair look, all you need is a little product and some patience. First, apply a styling cream or gel to your hair. This will give it hold while still allowing it to be messy. Then, use your fingers to apply more product in the places where you want it to look most messy. You can also use a small round brush to achieve this effect if you feel like it’s not coming through as much as you’d like with just your fingers.

Once that’s done, let your hair air dry until it’s mostly dry and then blow-dry it with a round brush until it looks as messy as possible! 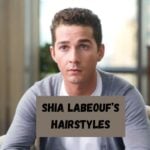 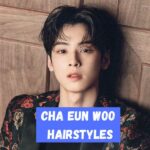 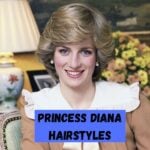 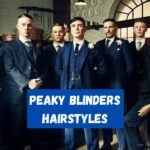 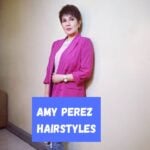 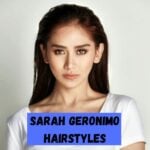