Getting Coi Leray braids is a great way to show off your natural beauty and style. It’s also an easy way to keep your hair healthy while you’re exploring new looks. So, if you’re looking to get Coi Leray Braids, then you’ve landed in the right place. We’re going to talk about what it’s like to get this type of hair style and why it’s so popular.

Who is Coi Leray? Well, born in Boston, Massachusetts on May 11, 1997, Coi Leray is a rapper, singer, and songwriter. Media tycoon and artist Benzino is her father. Her parents, notably her father, who raised her in Hackensack, New Jersey, had a big impact on her.

She began rapping as Coi Leray in 2011, motivated by her father. In 2018, she shared songs on SoundCloud and published her single “Huddy” and first mixtape Everythingcoz. Leray’s debut extended play Now or Never and second mixtape EC2 were both released in 2019 and (2020). Leray’s debut studio album Trendsetter was released in 2022, and it gave rise to the “Blick Blick” track she co-wrote with Nicki Minaj. Additionally, the song made it to the top 40 of the Billboard Hot 100.

We’re going to be talking about the best-known Coi Leray braids today. We’ve done a lot of research and talked to a lot of people to find out which braids are the most popular among women, so you can be sure that this list is up-to-date and accurate.

Coi Leray Voluminous Curly Front-Braided Tree Braids is perfect for the woman who wants to stand out without sacrificing her natural beauty. In the front sections are braided into a tree braid that starts at the forehead and goes back to her crown of the head. With her voluminous curls, it creates a look that can’t be replicated with other hairstyles, and the braiding pattern creates an elegant yet youthful feel that has everyone asking her where she got her hair done.

To get this look, start by parting your hair down the middle of your head. Then take one section and separate it into three pieces. Take one of these pieces and braid it down the side of your head, while leaving the other two pieces loose.

Repeat this step on the other side of your head so that you have two braids going in opposite directions. Next, take one of the braids from each side and weave them together so that they cross over each other in the front of your head, creating a tree shape. Secure all three braids with an elastic band or bobby pin—and voila! You’re ready to go out on the town with some major voluminous curls!

Coi Leray Medium Box Braids is a style of hair that is braided from the head and pinned to the scalp. The braids are styled in a box formation, which has made it a popular choice for women who want to wear their hair up, as well as those who are looking for a protective style.These braids of hers have a slight wave to them, which adds bounce and volume. The curls are tight enough that they won’t get frizzy or fuzzy as the day goes on.

To get medium box braids, you’ll need to start by separating your hair into three sections. Then, take the section on the left side of your head and split that into three separate parts as well. Take each of those smaller sections and divide them again into three parts. This should give you six small pieces total.

Next, take one of these pieces and begin braiding it horizontally across your head. After you’ve done that with each piece separately, start braiding them together into one large braid that goes around the entire crown of your head. Once they’re all combined together in one braid, tie off the end tightly with an elastic band so it doesn’t come undone later on when you start styling it!

Now that all of this is done, you can start styling your new look! You can either leave it loose or pin it up with hairpins if you want something more formal (like for work), or else try out some new styles like high ponytails.

Coi Leray Small Braids in Bantu Knots is a hairstyle that’s perfect for women who want to look like the Queen of Sheba. Each braid is made up of about five different strands, which are then twisted together and wrapped into a knot. The result is a beautiful, intricate style that’s sure to turn heads.

Moreover, the braids are small, so they’re not too hard to do. They’re very versatile, too: she used them as part of your everyday look or as part of an elaborate outfit for a night out. The braids then are formed into loops that are then twisted together to form a knot.

To get these braids with bantu knots, first part your hair down the middle and section it into two parts, one on either side of your part line.Take a small section of hair from each side and twist it neatly around your finger until you reach the end of the section (this creates a mini braid). Pull gently on both ends of this mini braid to make sure it’s smooth and tight. You don’t want any loose pieces sticking out or an uneven look—that could ruin the whole effect!

Tie each mini braid into a knot by wrapping each end around itself once or twice before securing them with a bobby pin or elastic band (or whatever else works for you).Repeat steps 2-3 with all remaining sections of hair until you’ve created enough knots for your desired look!

The Bohemian Stitch Braids by Coi Leray are a unique take on the traditional braid. The design is characterized by its intricate weaving, with each strand of hair being wound around itself in an intricate pattern. Her style features small, tight braids that are woven together. Her roots of the hair are left exposed which are curly, which creates a unique contrast with the braids. This style is great for women who like to show off their creativity and a little bit of their personality through their hairstyle.

You’re probably wondering how to make these braids, first you need to make sure your hair is clean and dry. If it’s not clean, use a clarifying shampoo once or twice a week to keep it fresh.Divide your hair into two sections—one on each side of your head. Use an elastic band to secure the bottom section out of the way, so you can focus on just the top half of your hair.

These Coi Leray braids are called golden Blonde Stitch Braids which are stitched together in a manner that makes them look like they’re more complex than they really are. The braids themselves are made of golden blonde hair with streaks of silver and black along the edges, giving them a shimmering look. It is straighter than the traditional ones and has a very neat, clean look.

To have this kind of braids,  divide your hair into many sections—one on each side of your head—and pull them back into a ponytail at the top of your head. Secure each ponytail with an elastic band or clip so they don’t fall out while you’re working with each of them!

Grab one strand from each ponytail and begin braiding it around one another until they meet in the middle; then secure them together by tying them together with an elastic band (this is called “weaving”). Repeat this step for all remaining strands until all braids have been woven together into six medium braids!

Coi Leray Jumbo Box Braids have a few things you might not expect.First, they’re big. They’ve got a lot of hair in each box braid, so you can get a great look without having to worry about your hair getting tangled or looking flimsy.

Second, they’re shiny. That’s right: these braids are shiny and beautiful! The shine comes from the fact that each box braid has small spiral curls at the end of it. These curls add texture and volume to your look—and the fact that they’re spirals means that they don’t become frizzy over time.

Start by washing your hair with a clarifying shampoo and conditioning it afterwards. Then part your hair down the middle and separate it into two sections. Take one section and separate it into three parts again; braid each of these sections tightly, leaving out some strands at the end of each section so you can wrap them around each other later on.

Next start braiding the right side of your head over towards the center of your head (right behind where you parted off). Repeat this process on the left side of your head as well. Once both sides are done then take all of those loose pieces from earlier (the ones you left out) and twist them around each other until they form small spiral curls at the bottom of each braid (this will take some time).

A Coi Leray Box Braids with Colorful Beads is a hairstyle that is braided into the hair and then decorated with colorful beads. The hairstyle is typically worn by women who are looking for a fun, playful look and want to add some color to their hair. This hairstyle is long and flowing. The hair is braided into a single and thin braid. A few strands hang loose around the face, giving it a bohemian look.

The process of getting these braids is simple: First, the stylist will section off your hair into small sections and put them in ponytails. Then, they’ll take some of the ponytails and braid them together to form every braid. Once that’s done, they’ll add beads to the braid and secure them with rubber bands.

The last step is applying a protective layer over the entire thing so that none of your strands are exposed when you wash your hair. This protective layer will also keep the color from fading too quickly and make sure your hair stays fresh looking until it grows out enough for another style! 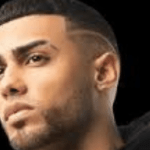