Ah! Everything about the style of that era just screams elegance.

I simply love doing up my tresses in vintage, 1930s hairstyles for special occasions. I’ve worn these hairstyles to proms and weddings and got compliments galore for them too.

So I thought why not share some of my favorite 1930s hairstyles with you guys, so you can get inspired by this vintage fashion.

If you want to try out retro hairstyles similar to old Hollywood actresses like Bette Davis, Vivian Leigh or Katherine Hepburn, check out the styles below.

Any mention of 1930s hairstyles would be incomplete without adding marcel waves to the list.

Marcel waves was a very deceptive hairstyle. You couldn’t tell if a woman had long hair or short hair because it was arrangened in such a perfect wavy coiffure.

Remember Lady Edith Crawley from Downton Abbey? She rocks the marcel waves in the show through many seasons.

Marcel waving require the use of a curling iron that would add the waves to your tresses. These would then either be left loose or rolled in a chingon to imitate a bob.

The name “marcelling” comes from the creator of the hair waving iron Marcel Grateau. While such irons were available since the late 1880s, the newer model ran on electricity and could be easily used at home.

This revolutionary device helped ladies create their styles at home everyday rather than going to the salon. So the marcel waves sort of became symbolic as THE 1930s haircut.

This is one of the more easy 1930s hairstyles. You do have to add some marcel waves to give the side bun a retro touch but the rest is pretty easy.

Start by adding some marcel waves to the front of your hair for a complete vintage vibe. Then, pull your hair into a low ponytail in the side.

Loop the hair back into the hair tie holding the ponytail to create a small bun. Now, tuck the loose ends with help of a bobby pin to give it a neat look.

You can also curl the ends slightly for a messy side chignon.

The side chignon was one of the most favorite 1930s hairstyles for long hair.

It was also a hit with working-class women as it kept the hair out of the face and didn’t require much time or work to create.

The wet look and waves were one of the most popular 1930s black hairstyles as it was popularized by the jazz musicians of the era.

The wet waves are simply finger curls that are set with a styling gel. You can use hair gel or pomade.

Although I feel gel gives a more shiny finish than clays or pomades.

You can wave just the top of your hair to give your hairstyles a vintage touch or go for the whole elaborate wet-look complete with waves and coiffures.

The finger curls were already popular in the 1920s but the craze for this style lasted well into the 1930s as well.

Finger curls considerably shorten hair length. Yet, it was still one of the most popular 1930s hairstyles for short hair as well.

If you have a long bob or medium-length hair, finger curls can give you an instant vintage elegance.

Waves with a Side Part

The classic waves and a side part were among the easy 1930s hairstyles for long hair. You didn’t need to spend much time pinning up hair or searching for hair clips or bobby pins.

Just use a hair waver to add the waves to your hair while taking out a deep, deliberate side part. Next, add some hairspray to hold the waves in place.

This hairstyle is good for women with thin hair as it gives the illusion of volume. Also, the side part helps add some angle to full, round faces.

It’s one of the 1930s hairstyles that won’t look out of place in a modern setting.

I really love short 1930s hairstyles, they retain the sharpness and boldness of the roaring twenties era and combine it with the elegance and femininity of the 1930s.

So you get a somewhat androgynous yet soft hairstyle of the wavy pixie.

All you have to do here is take a curling iron or waver to add deep waves to your pixie cut.

You can leave it with a messy appearance or set it with gel for a wet look.

If you were to watch old Hollywood classics you would notice that women in the 1930s rocked a particular hairstyle – the Hollywood waves.

From Veronica Lake to Sally Gray, most Hollywood starlets wore their hair in large, voluminous waves and a side part.

The hairstyle is also one of the easiest to recreate for a modern setting and is great for adding volume to thinning hair.

I suggest using a light hair mist to prevent weighing down your tresses.

Tight curls or pin curls are they are also known is a hairstyle that wasn’t just popular in the 1930s, it also held a grip on style in the subsequent decades.

The tight curls were a gradual replacement of the marcel waves that were in fashion during the 1920s.

The curling iron for creating marcel waves would frequently burn the scalps of the women using it. So tight curls were a preferred alternative as they didn’t need to bring the iron close to the scalp.

Tight curls were also used with marcel waves with a few free strands at the bottom tightly pinned into curls while the rest of the hair was wavy.

But during the later part of the 1930s, women wore pin curls on their entire heads.

In later years, child star Shirley Temple would bring curls back in fashion and turn it into famous 1930s children’s hairstyles.

The 1930s has witnessed the birth of many iconic, elaborate hairstyles, but the hair “rolls” are perhaps the most recognizable.

The hairstyle made us of a curling iron to create large but tight curls that resembled hollow tubes. These were then neatly arranged on the head and pinned into place.

A little bit of hairspray was added to make the victory rolls or glory rolls last.

If you have medium-length hair or even long hair, you can easily create this 1930s hairstyle.

Firstly, you need to use a curling iron or even your flat iron to curl your hair. I’d suggest using a thin, curling rod as a flat iron won’t give you tight enough curls.

Then, using a hair clip or tie, pin-up the two front sections on either side of your head at the back.

Instead of curling your hair, you can also wave it and then pin it half up.

If you want to create a fancy hairstyle that you can wear to a wedding function, you can combine the victory rolls with an elaborate bun.

In this hairstyle, you need to leave a few sections of your hair loose in the front while you tie the back and sides into a neat bun.

Next, you can take a hair styling tool and create rolls on your hair by curling them.

Now pin these rolls carefully across the top of your head in whatever arrangement you prefer.

You can even add a few pin curls at the button of the bun using the loose strands sticking out. Or you can leave the bun be and add a hair accessory you like.

If you want 1930s hairstyles with bangs here it is! You don’t have to pin up your fringe when you’re going vintage.

There are several bangs hairstyles you can try out for a vintage look.

The fancier among them is this curled bangs look.

This hairstyle was usually in combination with an updo or elaborate glory rolls.

Here, the front section of your hair is also curled elaborately and neatly arranged on the forehead with the help of a hairspray of styling gel to lock it in.

While the 1920s decade was the age of the flapper girl and the bob, the style in the 1930s swung back to soft and feminine.

So you can see actresses from that era sporting 1930s hairstyles like marcel waves or bobs with tight pin curls.

Today, these looks are making a comeback on the red carpet.

Zendaya, Rihanna, Cara Delevingne, and Scarlett Johansson are some celebrities that have rocked the vintage hairstyle trend over the years.

I hope this 1930s hairstyle guide was useful to you for selecting your favorite retro look. 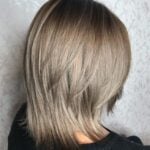